After being fast enough in 2013 and having some luck in 2014 I’m now again lucky as being selected by the Apple lottery to go to WWDC.

What can I expect?

In a few weeks another ticket will be added to my Passbook. 😀 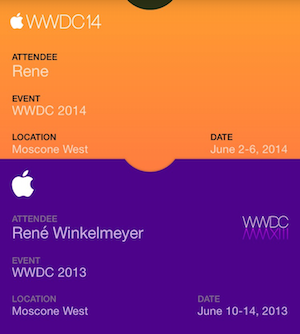